“A series can be great for authors because it can draw in readers and keep them. If they like your first book and its characters, they’re likely to forge ahead and buy more books in the series. This is why there are so many series out there.”

Source: So, You Want to Write a Series? – Indies Unlimited

Very helpful post for authors, beginning with whether there’s one plot that continues throughout all the books or whether a character or a setting remains the same while the plots change.

When done well, a series will make for a continuing use of a great plot or a great protagonist and engage readers for (possibly) many years.

There’s a lot to consider, and R. J. Crayton does a great job with this thorough post.

“I ran across this question recently in a Facebook group, and noted there was a lot of opinion on it. Some authors are vehemently opposed to using chapter titles, while others adore them. So, what’s best?Well, the simplest answer is that it’s entirely up to the author. However, chapter titles do tend to be more prevalent in certain genres, so if that’s one you write in, you may want to adopt them.” 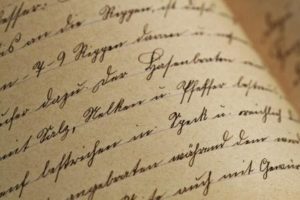 R. J. Crayton provides tasty food for thought about the use of chapter titles, noting that some genres tend to use them more than others. I tend not to use them because I don’t like to tip off readers about what’s coming up.

Fortunately, Crayton doesn’t suggest a return to old fashioned chapter titles of the sort that were (a) long, and (b) spoilers, such as: Chapter Three – Where Bob Learns That When His Ship Goes Down Near Cuba, There Are Real Sharks in the Water.