Okay, the Drano comment isn’t totally fair. Many fast-paced books are well written, have inventive and cohesive plots, know how to keep readers guessing, and when all is said and done, sell to millions of readers. There’s a lot of art and craft to them in addition to marketing savvy. 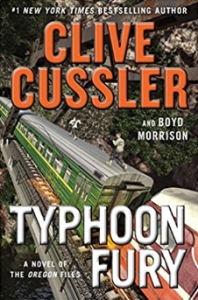 I might have told this story here before. If so, bear with me. When the TV program “24” was running, a friend of mine and I realized that while we both have non-violent and anti-break-the-rules philosophies about police work and spy work, we puzzled out why we watched that series without fail. We decided that it was because the show brought us closure. That is to say, things got done, the bad guys went to jail, and the good guys (i.e., most of the population) weren’t made to sit in limbo waiting for government red tape and partisan politics to finally fix a problem.

I’m sure many of the viewers of shows like NCIS believe in the right to privacy, yet tolerate the show’s agents illegally hacking into private records because, at the end of the hour, the bad guys are dead or behind bars. I can understand why so many in the police and spy biz say the rules are tying their hands and why we keep hearing that our trusted agencies are doing things they shouldn’t do. Those things get results even though they go against everything this nation stands for.

In “real life,” I can’t support the black ops, off-the-grid actions of private agencies such as those in novels like Typhoon Fury. Half the stuff that happens is illegal as hell–and that’s the good guys. In the imaginary world of the novel, the bad guys get shut down. In the real world we live in, they probably don’t. Or if they do, they cause a lot more collateral damage before they’re stopped. Nonetheless, seeing the bad guys shut down in a novel provides a small measure of relief to all the frustrations that arise in the real world–and in my belief system.

So, I read these novels as a coping mechanism. As a writer, I also find it interesting to see how these novelists handle plots and characters and keep readers reading. But the closure is the important thing, even if it’s only in my thoughts and not in the world I see on the news. Perhaps these books are my heroin. Or maybe they’re the Drano that flushes out my anger at both the criminals and the government for (a) creating problems that harm us all, and (b) for creating regulations that compromise our privacy and other rights in exchange for more security.

Some people turn to booze, some to sex, some to violent sports, some to drugs, some to music, and others to staying late at the office when they really don’t need to ignore their families and stay late at the office. We all have our ways of coping with the realities around us that are over the top. I can’t say that these methods, or reading James Patterson and Clive Cussler, are the best possible solutions.

But until we find and implement the best possible solutions, these escapes keep many of us out of mental institutions. I can’t say I’m proud of that, but I do feel better after flushing a lot of my frustrations about the way the world works out of my system with a slam-bang novel. And when my frustrations are flushed out, I’m less tempted to go over to the dark side.

Several of us were “talking” on Facebook this morning about the fact we can’t see a rolled up carpet alongside the road without thinking there’s a dead body in it.

If any organized crime enforcers are reading this blog, I have a question: Do real killers roll bodies up in carpets?

If a cop or a nosy neighbor sees a couple of guys putting a roll of carpet in the trunk of a car at night, you’d think the scene would be a dead give-away.

Perhaps we’ve seen too much TV where bodies are lamely rolled up in carpets. A popular show last year showed a bunch of college students moving a body that way. Gosh, if that’s the disposal method of choice for students, just think about older people who’ve seen a thousand crime shows where carpets and the dead always went out in the trash together.

When I see ads for rolled up carpet, I expect a disclaimer at the bottom that says: Dead Body Not Included.

There must be a better way of removing the dead from our presence that doesn’t attract attention. The wood chipper in Fargo had possibilities until a lot of people saw the movie and assumed that if they heard a wood chipper at night, somebody was going to be reported missing in the morning.

The TV series Bones finds interesting (and usually gross) ways of disposing of bodies at the beginning of each show. They seem to like the “high yuck” factor to attract the disturbed segment of the population.

As an author, I speculate about this kind of thing for research purposes.  However, what with the feds spying on us, it’s become harder and harder to do Google searches like “How Can I Hide Uncle Ned’s Body” without some web crawler bot finding it and flagging the query at one of the alphabet soup agencies that claims it isn’t watching for key words like “body” and “rolled up carpet.”

We hear on TV and the Internet that cops think cop shows are unrealistic. They could help. All it would take would be a web page with information like this:

Frankly, all of us would benefit from this kind of information: (a) authors would make books and screen plays more realistic, (b) readers/viewers would have higher quality entertainment, (c) kids would stop getting scared when they see rolls of carpet in the ditch because nobody would be using carpet improperly any more.

Those of us who have been scarred for life worrying about what’s in rolls of carpet would finally know that carpets are safe.  The country would save billions of dollars that go to therapists who are helping patients cope with this problem. (My guess is that most health insurance companies don’t over “Carpet Phobia.)

Personally, when I see a roll of carpet, I want to visualize how beautiful it will look in the living room rather than thinking, “hmm, I have seen Dad for a couple of days.”

Malcolm R. Campbell is the author of “At Sea,” “Conjure Woman’s Cat,” “Sarabande,” and other books in which no dead guys have been rolled up in a carpet.