Camino Winds brings back many of the characters from Camino Island, a novel the New York Times aptly decribed as “a delightfully lighthearted caper.” Camino Winds begins with wind, the monster hurricane Leo that takes aim at the Florida Island with deadly intentions and mind-numbing accuracy.  In her blurb, author Delia Owens (Where the Crawdads Sing) calls this second book in the series a “wild but smart caper.” 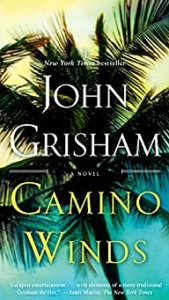 The novel is easy to read but the most exciting part of the caper is provided by the hurricane, and this is where we find the book’s most effective writing. A man is killed during the story, purportedly by falling tree limbs, but bookstore owner Bruce Cable of Bay Books doesn’t think so. The local police don’t seem interested, so the caper aspect of the novel begins when Bruce and his friends start trying to find out what really happened.

They begin by disturbing the crime scene, borrowing the dead man’s car, and appropriating the food and liquor in his kitchen that will dertainly go bad if left for any forensic techs who might one day show up. The dead man, an author named Nelson Kerr–among those who hung out at Bay Books–won’t miss the food and probably wouldn’t begrudge the amateur sleuths a great meal and all the high-priced drink they can handle, which turns out not to be a lot.

Kerr as apparently writing a novel about something that somebody didn’t like so, probably–the amateur sleuths speculate–the killer was mixed up in the pièce de ré·sis·tance crime Kerr plans to thinly diguise as fiction in his new thriller. If so, they no doubt wanted to stop him before (a) he finished the book, or (b) the book get to a publisher if he did finish it.

Bruce, et. al. have some good ideas, the kind that just might get them killed. If they (the sleuths) were black ops types, they dould take the next step and go after the bad guys with enough gear that woud make Tom Clancy and Clive Cussler exited. But they aren’t, so they can’t, and they don’t. For the reader, this means a lot of time is spent listening to the characters’ pondering which, fortunately, is punctuated with a few laughs, scares, and dicoveries along the way.

They mean well. They’re likeable. And they keep pushing on whoever they can influence until heavy hitters become involved and the crime is solved. Until then, nothing much happens. When the pros show up, a considerable amount of time is spent describing how the bad guys scammed the government out of a lot of money while hurting everyday people. Yes, we suspect this kind of thing is true. But how they (the bad guys) do what they do takes the focus of the story simultaneously closer to its climax and farther away from the main characters.

This is an unsatisfying plot solution. The characters who begin the caper really need to end the caper. If you read every Grisham novel, you’ll nonetheless have fun reading this one. If you don’t, you won’t. 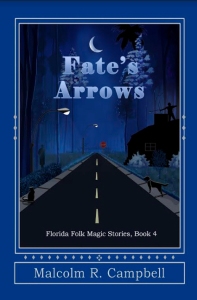