The Snow Child by Eowyn Ivey
My rating: 5 of 5 stars

If my first novel had been a Pulitzer Prize finalist, I might have been ruined as an author. Instead, Eowyn Ivey follows up on her extravagant novel The Snow Child (2012)with a new work called To the Bright Edge of the World that’s being well received.

What a stunning debut, a beautifully realized re-telling of an old Russian Fairytale updated to 1920 and re-set in Alaska. A young couple moves to this rugged and unforgiving land and has trouble making ends meet on a farming homestead. They see or think they see, a young woman on the edge of the forest. Nobody else in the area has seen such a child, so Mable and Jack are doubted, thought to be having troubles adapting and staying sane through the long lonely winters.

Ivey lives in Alaska and worked for many years as a newspaper reporter there; this gives her the observational skills and knowledge of the territory to give readers realism that works as a solid foundation for a story that just might sound like magical realism at times. Kudos to Ivey for doing more than simply re-telling an old story with new clothes. In spite of the influences, this is a wondrous original work with characters of great depth and a plot that delivers for both readers of realistic tales and magical works.

The ending–which I won’t give away here–works within the context of a fairy tale and a story realistic enough to have been a veteran reporter’s feature story about a couple from back east who probably never guessed that Alaska would demand everything they could give.

Highly recommended for individuals as well as book clubs.

Notice: If this post contained any real potpourri, you’d be sneezing by now.  Come to think of it, I don’t know why well-meaning people thrust potpourri on innocent people who walk into a bathroom, living room, bookstore, Wicca supply shop, or auto supply store and then start sneezing their asses off.

If so, there’s work. I’d take this job in a New York minute (whatever that is) if I lived there: 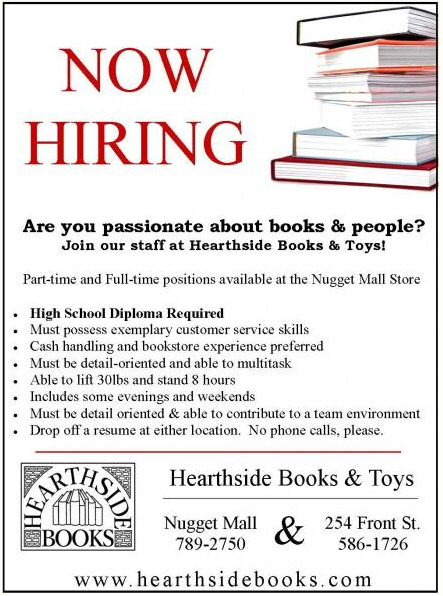 If you’re one of the wonderful people who downloaded a free Kindle copy of The Sun Singer during the recent giveaway, thank you! If you like it, you may also like its gritty sequel Sarabande: 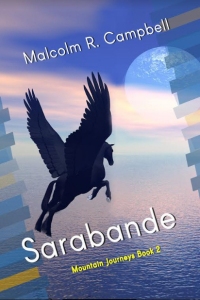 Since I have worked in historic preservation, I’m a fan of the National Register because it draws attention to a historic site or object and imposes no restrictions on the owner’s use of the property. Not so, the government overreach in forcing landmark status on New York City’s famous Strand Bookstore. The bookstore fought against the designation because it comes with rules that impact how the slim-profit-margin store can use the building it owns. I signed the petition against this kind of nonsense.

I posted this medical update on Facebook and since I’m too lazy to write a fresh medical update, I’ll just paste it into the blog:

I was planning to mow the yard after supper until I noticed that it’s getting a bit dark outside (at 2 p.m.). The weather RADAR indicates that I might not be cutting grass even though we just got one of our riding mowers back from the shop and it’s ready to go. 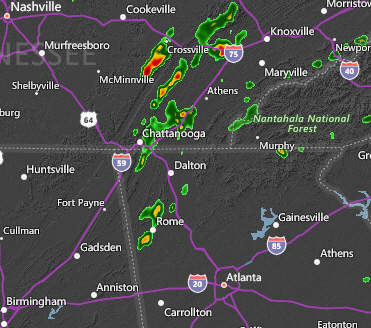 Fried chicken for dinner tonight, but there’s not enough for you, so don’t stop by unless you stop at the KFC on hightay 27 before you get here.

“Denali, that Great Grail Castle in the Clouds continues to thrill and kill with each passing year. As of the fall of 2011, 133 climbers have perished on Denali, ever since Allen Carpe and Theodore Koven became the first to die on its icy slopes in 1932.” – Jeffrey T. Babcock in the dedication to “Should I Not Return”

When Jeffrey T. Babcock and his older brother Bill set out to climb the highest mountain in North America, Alaska’s 20,320-foot Denali (Mt. McKinley) in 1967, they knew before they reached “The Great One” that they would be tested in a dangerous world of rock, ice, snow and wind where every climber is at risk and may not return. They did stand on top of the continent on a cold and windy day that July, but en route to the summit, their Mountaineering Club of Alaska (MCA) team stared into the eyes of tragedy from an unexpected combination of events.

The MCA team was several days behind the twelve-person Wilcox-Snyder Expedition. A class-6 storm suddenly raged over Denali, separating the members into those who were able to retreat and those who were stranded high up on the mountain in the bitter cold blizzard conditions. Injured and greatly worried about the other members of their group, the descending Wilcox-Snyder team members met the advancing MCA team, made radio contact with the National Park Service to report their status, and then made their way off Denali. Due to its position on the mountain, the MCA team became the primary rescue group. Jeffrey and Bill Babcock found two of the dead; the others were never found.

The death of seven members of the Wilcox-Snyder group in one day has been called North America’s worst mountaineering tragedy. It has also generated a fair amount of controversy as the actions of leaders Joe Wilcox and Howard Snyder and the National Park Service have been scrutinized under multiple microscopes leading to multiple accusations of blame. Jeffrey T. Babcock, who went on to lead other climbing expeditions including another successful summiting of Denali, has spent a lifetime pondering whether or not the MCA team could have accomplished the impossible and saved any of the Wilcox-Snyder climbers. Now, most experts think not.  But nobody knew this during the summer of 1967.

Babcock has, to the extent it’s possible, come to terms with Denali in 1967 via his “non-fiction novel” Should I Not Return. While the novelization combines real life events from two climbs into protagonist Henry Locke’s coming-of-age climb of Denali on a team led by his brother Johnny, the book’s account of the tragedy and the rescue attempt is based on facts. The result is a compelling and accessible adventure story for a general audience as well as a riveting true-to-life account of a widely known mountaineering event for climbers familiar with techniques, routes and high-altitude weather conditions.

Should I Not Return is richly illustrated with photographs from the MCA and other teams as well as sidebars containing historical information about earlier Denali ascents and the climbers involved. While the sidebars are nice time capsules for climbers and others interested in Alaska and its mountains, they can be skipped by those who prefer to stick with Henry and Johnny’s trial by wind and ice.

The emotional and practical need for young Henry—whom some of the other characters view as “Johnny’s baby brother”—to prove himself adds impact to the story. While Johnny and the other MCA team members know each other well, Henry is viewed as a neophyte easterner who will more than likely them back or put them at risk. The terror of the story is amplified because readers see events unfold through the eyes of the youngest team member rather than a veteran climber.

In addition to their geographical and historical value, the photographs serve the same purpose as the illustrations in adventure novels of an earlier era. For example, when Johnny falls through a snow bridge into a crevasse, an accompanying photograph of a Lower Ice Fall snow bridge on Muldrow Glacier demonstrates for non-climbing readers how precarious Johnny’s situation was. The inhospitable conditions Henry and the others face on that glacier is illustrated by a bleak photograph  (by the author) showing just how tiny a man is when he stands next to the sheer walls of Pioneer Ridge. While Babcock’s prose is strong enough to stand on its own, the pictures add greatly to the reading experience.

If Should I Not Return were the product of Jeffrey T. Babcock’s imagination, I would recommend it to everyone who loves compelling adventure stories. For mountaineers, the book adds immeasurably to the historical record of Denali from a very capable writer who was first on the scene of a controversial climbing tragedy.

Malcolm R.  Campbell is the author of four novels, including the 2011 contemporary fantasy adventure “Sarabande”